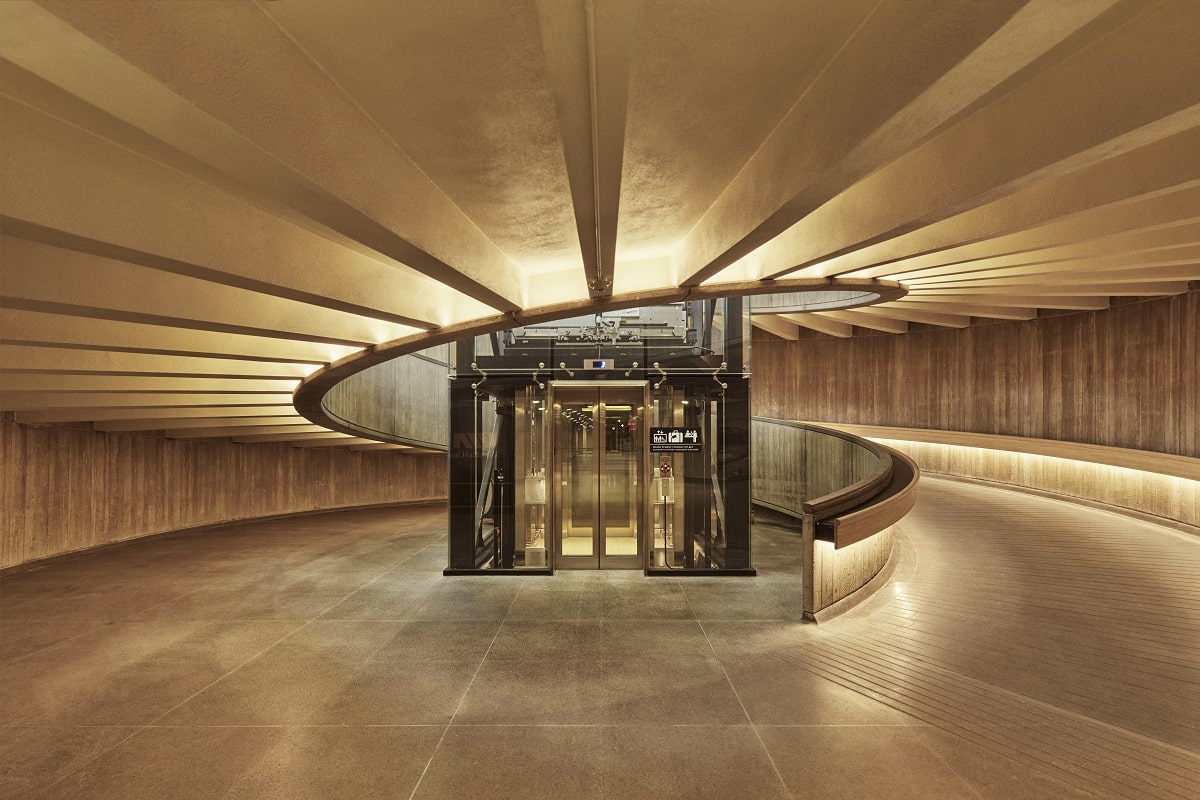 The Ottawa station – a heritage building and VIA Rail’s flagship station – underwent significant renovations from 2016 to 2019 to improve its environmental performance and accessibility. Its LEED certification journey began during this transformation project with the identification of efficiency measures and the decision by VIA Rail’s team to register with the CaGBC.

“Obtaining the LEED Gold v4.1 certification is a milestone for VIA Rail and a great source of pride for our teams. It brings us one step closer to our green building goal and formalizes our commitment to creating more sustainable and accessible stations and maintenance centres,” said Dominique Lemay, Chief Operating Officer. “The certification process allowed us to identify several opportunities to improve the efficiency of the station’s operations, which then led to the implementation of changes to our building management processes and practices. Ultimately, our goal is not only to enhance the travel experience, but also to go further together. And it is by modernizing our infrastructure and services, and by making them greener, that we will lead Canadians to a more sustainable future.”

The Ottawa station is the outcome of an urban renewal plan by the French urban planner Jacques Greber. The plan was commissioned by Prime Minister William Lyon Mackenzie King, who sought a re-imagining of the city following World War II.

The station was the last of the monumental union stations to be built in Canada for passenger services of the Canadian National Railway (CNR) and the Canadian Pacific Railway (CPR) companies. It was seen as an attempt to project a modern and futuristic image of rail travel in an era when it was being increasingly superseded by other means of transportation.

The station was designed by the modernist architect John Cresswell Parkin of John B. Parkin & Associates in collaboration with the Montreal firm Affleck, Desbarats, Dimakopoulos, Lebensold, Michaud & Sise and was completed in August 1966.

“The Ottawa Station was completed in 1966 as part of a plan for the relocation and consolidation of many railway lines built between 1854 and 1916. The new arrangement was based on the plans of the noted urban planner, Jacques Greber, and was constructed by the National Capital Commission. The Canadian National Railway and the Canadian Pacific railway are owners and operators of the new installations.”

As part of its certification process, VIA Rail has earned 68 LEED points — the gold level — for its performance  in the main evaluation criteria, including energy water consumption, waste diversion and human experience. The Corporation has also integrated green building principles through the upgrade of the station’s east wing.

This accreditation reinforces VIA Rail’s commitment to modernizing passenger rail service in Canada, all while contributing to a more sustainable, low-carbon future. As part of its modernization program, the Corporation is proud to pursue its ambitious sustainability goals, notably by reducing the environmental impacts of its fleet and buildings.

VIA Rail is working on the modernization of other buildings and stations – including Winnipeg which earned a BOMA BEST “certified” level certification in 2019, and for which a LEED certification process was recently initiated. The Corporation aims to continue to prioritize accessibility and sustainability, all while offering passengers an improved and greener travel experience.

Feedback
Enable Notifications    OK No thanks